Live from the Himalayas (3): On the Annapurna Highway to Manang

By the turn of the millennium Nepal was considered the largest pedestrian zone in the world. And therefore, also a paradise for trekking. The landscape seemed too fractured and too rugged to build roads on. Particularly when a country is as poor as Nepal.

By the turn of the millennium Nepal was considered the largest pedestrian zone in the world. And therefore, also a paradise for trekking. The landscape seemed too fractured and too rugged to build roads on. Particularly when a country is as poor as Nepal. 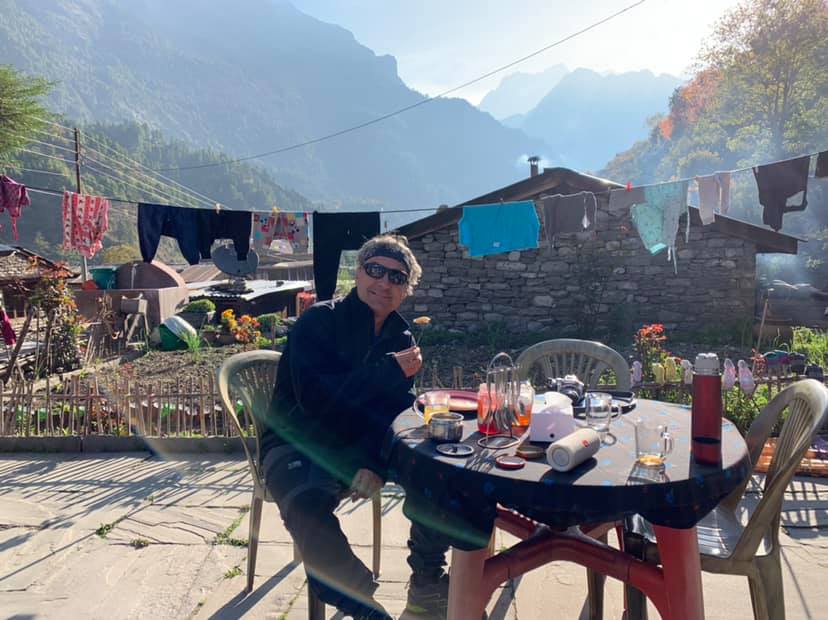 Times have changed and yellow bulldozers can be seen all over the country, digging their way into the terrain and not even stopping at the Himalayas. Surely one or the other trekking route has suffered from this development, just like the Annapurna Circuit. But with which right do we Westerners attempt to stop this development? Especially as large mountain regions in Nepal are still completely untouched by road construction like Khumbu, Langtang, Dolpo or Kangchendönga to name just a few. 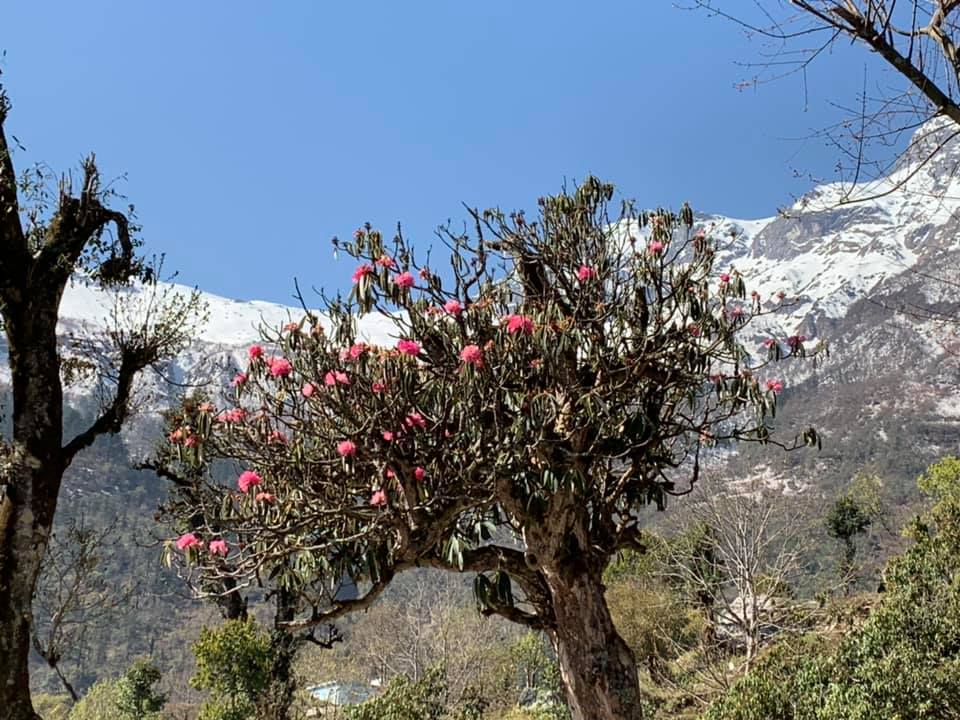 My journey leads to Manang, the land of the snow leopard and this is where the so-called Annapurna Highway leads. To reach Manang from Kathmandu in two days, you have to start early and drive as far as possible on the first day. We: this is Pemba, my guide, Dhami, my carrier, our driver and myself.

Once you have escaped from the one million inhabitant-village of Kathmandu, the first thing you have to do is to make rapid progress. First, because the road to Pokhara is in a moderate condition and second, because it is constantly downhill. Finally along the mighty Trishuli River, at 500m above sea level. Nepal is subtropical here, with evergreen monsoon forests, rice fields and countless road villages. The character doesn’t change after leaving the highway to Pokhara and heading north towards the mountains. Besishahar is our next destination. Besishahar is known as the gateway to the Himalayas and the starting point of the world famous Annapurna Circuit. The charm of this famous place, despite the lively trekking scene, remains in dusty limits. For us it doesn’t matter, because right behind Besishahar the Annapurna Highway begins, which demands our full attention from now on. 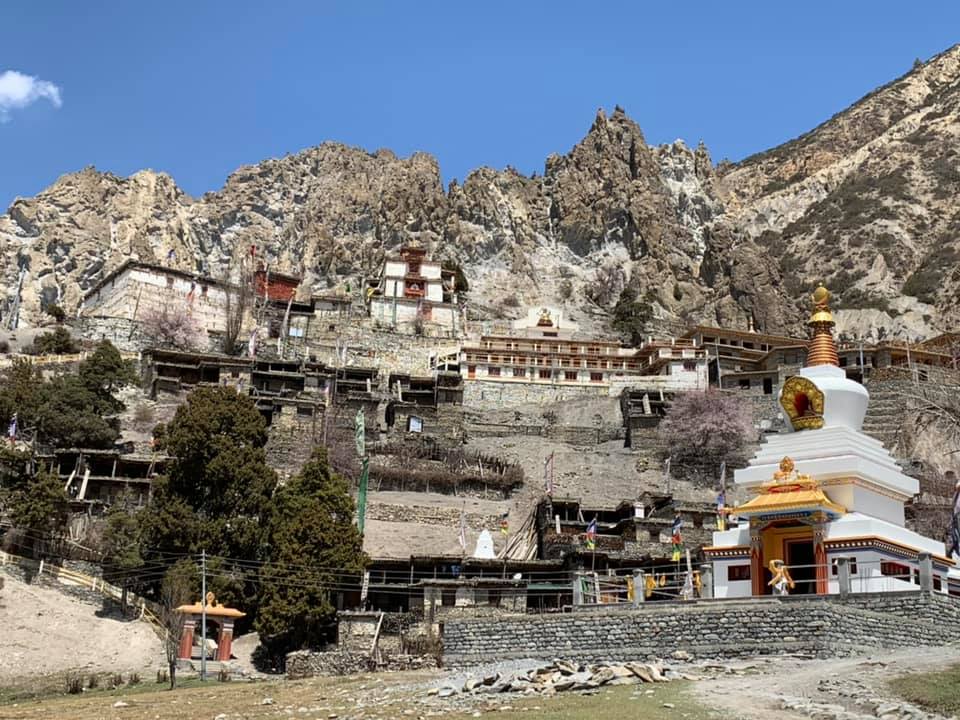 And once again the landscape changes dramatically: A breath of Tibet welcomes us in Braga (3.400m) with its impressive rock monastery © Trail Angels

The huge gorge of the Marsyangdi River has become famous with the Annapurna Circuit. Wedged between Annapurna and Manaslu massif, the river has dug a canyon with partly vertical rock walls and here, with Chinese help, a road had to be built. 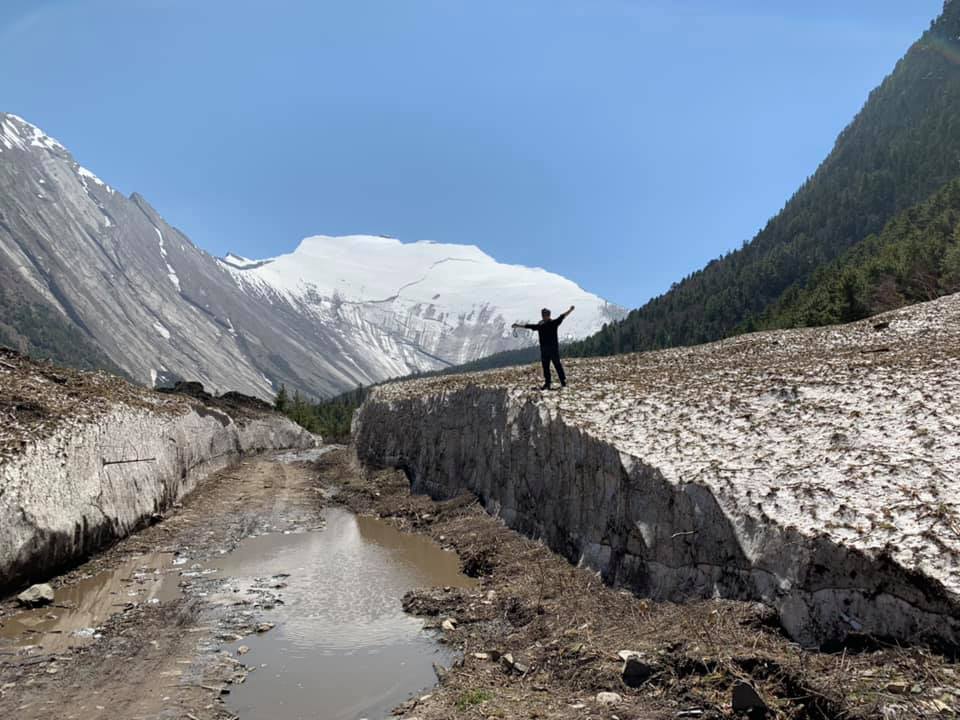 The Jeep Track leads higher and higher: at Pisang (3.200m) huge avalanche cones have to be crossed © Trail Angels

Certainly also because of the hydroelectric power plants that were or are being built in the lower part of the valley. As a Nepal pioneer, the technology and the Caterpillar, which have found their way into the mountains here, disturb me first, but at the latest after Jagat, the magic of the Himalayas gains the upper hand. Thundering waterfalls plunge over the rock faces into the canyon. Dizzying are the deep views from the road, which was partly driven furiously into the bare rock, down into the canyon bottom. So it helps to have a trust in God in our driver. A trust that cannot be shaken even by his overtaking maneuvers in particularly narrow places. It’s been dark for a long time now when we reach our destination for the day, the village of Danakyo at 2.300m above sea level, where we take comfort in the fact that there are just five more hours to go to Manang.

The next day welcomes us with bright sunshine. In any case, it will be a special day, because within a few hours we drive from the evergreen monsoon forest through all possible landscape levels up to the already Tibetan highlands. The road, which remains spectacular, has become familiar in the meantime, although the rapid sequence of impressions – you’re much faster with the car than with trekking – is almost overwhelming. At Timang we dive into an enchanting rhododendron forest in full bloom. The many red and pink tones of its blossoms contrast charmingly with the radiant white of the glacier giants. A few kilometers later, the landscape changes again: from Koto, dense pine forests replace the rhododendron and one feels reminded of the Rocky Mountains if the narrow valley would not be dominated by ice giants. And at Pisang, we are already over 3.000m high, the valley suddenly widens to a wide U-valley and gives the view of the whole splendour of the Annapurna Himal. Several times the jeep track crosses huge avalanche cones, witnesses of the massive snowfalls last March. 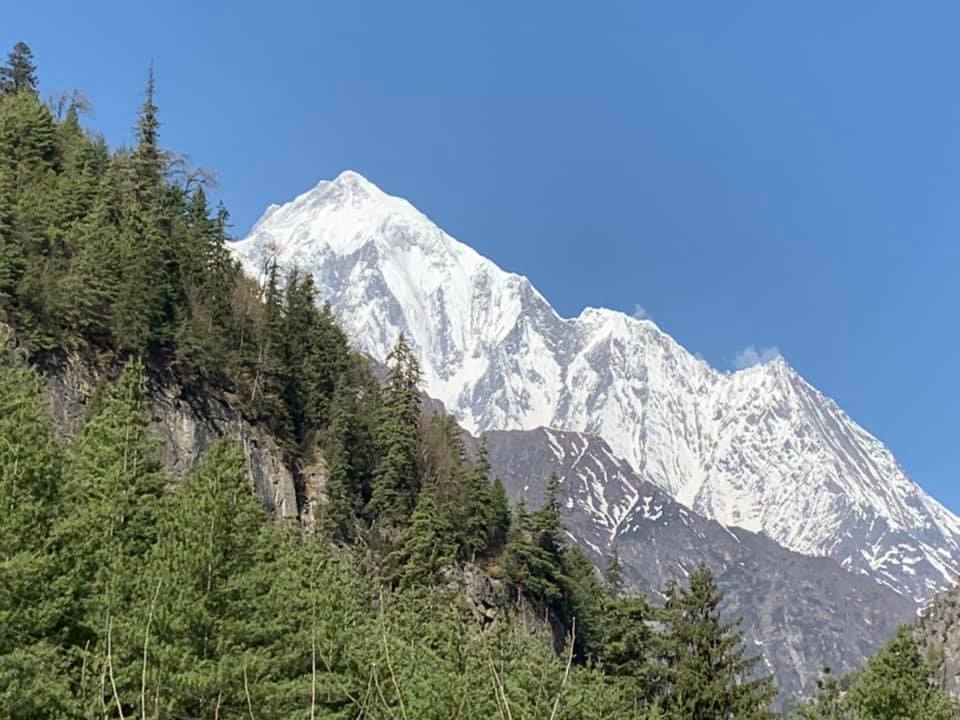 Once again, the landscape changes dramatically: With every kilometer it gets drier and at Braga, an incredibly impressive rock monastery, you feel like being in Tibet! Soon after, where the jeep track ends, Manang is reached. Tashi Ghale, with whom I will follow the tracks of the snow leopard for the next days, has already been waiting for us. But before we discuss the plans for the next days, I go up to the viewpoint of the gigantic Gangapurna glacier break with Pemba. 300m higher than the 3.520m high Manang and therefore ideal to acclimatize. Driving up so fast is actually not a good idea. No matter, even if my head is buzzing a little, I am looking forward to what awaits me in the territory of the snow leopards.

The graduate geographer is one of the founders and managing directors of Trail Angels, which is responsible for the web platform Bookyourtrail.com. As a trekking & outdoor freak, he is one of the fathers of the Alpe-Adria Trail and has been exploring the Nepalese Himalayas for more than 25 years. 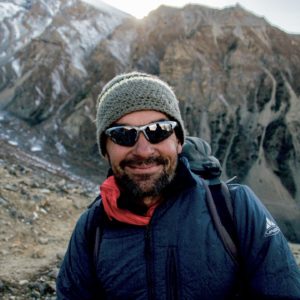 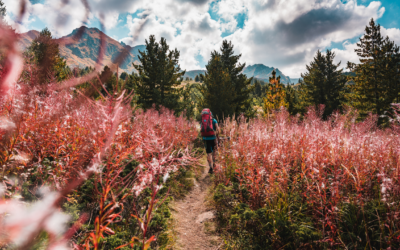 Der High Scardus Trail - Soul of the Balkan Mountains: breathtakingly beautiful long distance hiking in the Western Balkans © Matthew NelsonI was thrilled when I received word that I would be joining Trail Angel Stefan Lieb-Lind as the photographer on a ten-day... 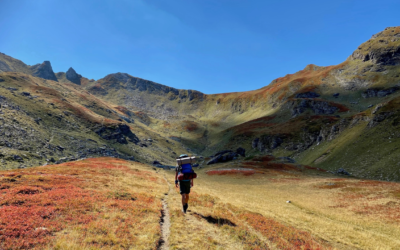 The High Scardus Trail - Soul of the Balkan Mountains: breathtakingly beautiful long-distance hiking in the Western Balkans. Here in the impressive Korab Mountains ©Trail AngelsAn inspiring travelogue by Taulant B. Hoxha about the ascent of the southern section of the...